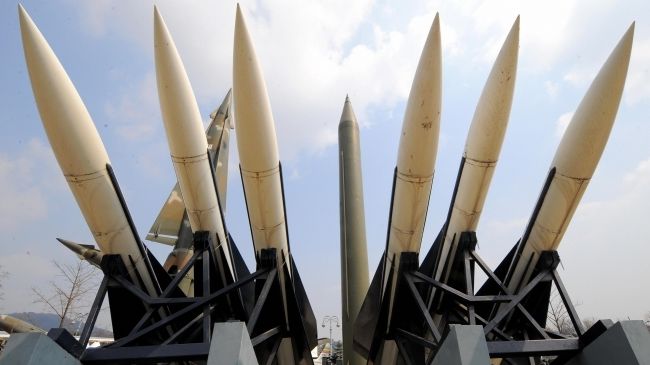 (Reuters) – U.S. nuclear power plants are not adequately protected from threats, including the theft of bomb-grade material that could be used to make weapons and attacks intended to cause a reactor meltdown, a University of Texas report said on Thursday.

Not one of the country’s 104 commercial nuclear reactors or three research reactors is protected against an attack involving multiple players such as the ones carried out by 19 airplane hijackers on 9/11, said the report by the Nuclear Proliferation Prevention Project, or NPPP, at the University of Texas, Austin.

The U.S. Nuclear Regulatory Commission (NRC) only requires power plants to protect against attacks carried out by five or six people, according to the report, entitled Protecting U.S. Nuclear Facilities from Terrorist Attack. In addition, the NRC does not require plants to protect themselves against attacks from high-powered sniper rifles and rocket-propelled grenades.

The three research reactors, including one in Gaithersburg, Maryland, 24 miles from the White House, are powered by highly enriched uranium that if stolen could be used to make nuclear weapons, the report said.

Power utilities have argued they have done all they can to ensure security at plants without dramatically raising power bills, adding that it is the responsibility of the U.S. government to defend against attacks, said Alan Kuperman, the NPPP coordinator and a co-author of the report. “The problem is that’s not occurring,” he said.

Kuperman said the government had made some progress since September 11, 2001, when nuclear plants only had to protect against attacks by three people. The Pentagon and Department of Energy have also recently worked on a common approach to protecting nuclear weapons and fissile materials that could be made into nuclear weapons, he said.

“That is a good sign of progress, but that does not address the concern we have about nuclear reactors,” Kuperman said.

Attacks could take place not only at reactors, but at spent waste pools, where water drainage could lead to a meltdown and a wide release of dangerous radioactivity. They could also come from the sea, the report said.

The NRC called the report, which was requested by the Pentagon, a “rehash of arguments from a decade ago,” when the agency and the country were reconsidering nuclear power plant security in the wake of 9/11.

“The report contains no new information or insight,” said David McIntyre, an NRC spokesman. He said the agency had strengthened security requirements for commercial nuclear power plants and was confident that these were adequately protected.

Senator Edward Markey, a Massachusetts Democrat and a longtime critic of nuclear power plant safety, said more could be done to make the industry safer.

“After the September 11th attacks, we discovered that al-Qaeda had considered attacking a nuclear power plant in the U.S., and we know that terrorists continue to search for targets that would cause the greatest level of damage to our people and economy,” he said in a statement.

“This new report details something that has concerned me all along – that the United States is inadequately prepared for a terrorist attack on our nuclear plants and there is much more to do to guarantee that our nuclear power plants and facilities are safe and secure.”

A spokesman for the nuclear energy sector’s trade group, the Nuclear Energy Institute, said security at nuclear facilities has improved markedly since 9/11, with 9,000 well-armed and highly trained officers defending the country’s 62 plants.

“These forces, a large percentage from military and law enforcement backgrounds, are drilled and tested regularly to ensure their readiness,” the spokesman wrote in blog post Thursday.

The spokesman added that 9/11-scale attacks do not pose a vulnerability for the industry but would be a job for the highest levels of national security.

The NPPP report recommends that Washington require all nuclear facilities, public and private, to protect against maximum credible attacks and provide additional security not supplied by private industry.