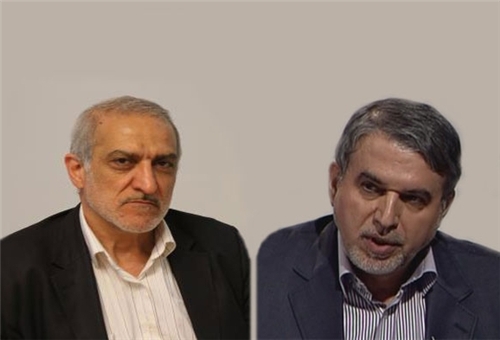 TEHRAN (FNA)- Iranian President Hassan Rouhani appointed Seyed Reza Salehi Amiri and Jafar Tofiqi as caretakers of his sports and science ministries on Saturday after the Parliament did not approve his nominees for these posts.

Seyed Reza Salehi Amiri was appointed by President Rouhani as caretaker of the Sports and Youth Affairs Ministry.

President Rouhani’s nominee for the post of sports and youth affairs ministry, Massoud Soltani-Far, failed to obtain the parliament’s vote of confidence on Thursday evening.

Salehi Amiri was Rouhani’s deputy at the Strategic Research Center for cultural and social affairs.

Meantime, the Iranian president appointed Jafar Tofiqi as caretaker of the Science, Research and Technology Ministry.

“I have been appointed as caretaker of the science, research and technology ministry and will announce details of my programs in the coming days,” Tofiqi told FNA on Saturday.

Rouhani’s nominee for the post of science, research and technology ministry Jafar Mili-Monfared also failed to garner the Iranian parliament’s vote of confidence on Thursday.

The Iranian parliament Thursday evening gave votes of confidence to 15 of the president’s nominees for the cabinet posts, but rejected 3 others.

Yet, the MPs refrained from approving the president’s choice for the posts of Education, Science, Research and Technology, and Sports and Youths Affairs Ministries.

In a separate degree also on Saturday, Rouhani appointed Mohammad Ali Najaf, who failed to convince the MPs to give him a vote of confidence for the Education Ministry post on Thursday, as a Vice-President and Head of the Cultural Heritage, Handicrafts and Tourism Organization. By Fars News Agency