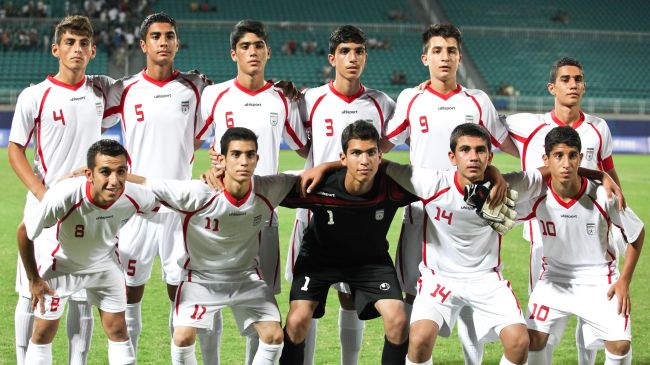 Iran’s national under-15 football team has trounced Hong Kong at the group stage of the 2nd Asian Youth Games, which are underway in China.

The Iranian team, which defeated Indonesia 4-0 in its opening match on Tuesday, routed Hong Kong 5-0 in a bruising Group C encounter at the Wutaishan Stadium in the eastern Chinese city of Nanjing on Thursday.

Iran’s Shahab Rashno opened the scoring only eleven minutes into the match.

Mohammad Soltanimehr doubled Iran’s lead in the 26th minute, and Rashno scored the third goal for Iran in the 31st minute. Rashno seized another golden opportunity in the 54th minute and put the ball into the back of the net to make it four for Iran.

Iran is in Group C along with Hong Kong, Indonesia and Saudi Arabia. China, East Timor, Qatar and Thailand form Group A.

South Korea, Iraq, Kuwait and Singapore are in Group B, while North Korea, Pakistan, Taiwan and Vietnam play in Group D.

The 2nd Asian Youth Games opened in Nanjing on August 16, and will wrap up on August 24.

The games serve as a dress-rehearsal for the upcoming 2014 Summer Youth Olympics, which will also be held in the same city.

A subordinate of the Olympic Council of Asia, the Asian Youth Games is a quadrennial multi-sports event. The previous event was held in Singapore.