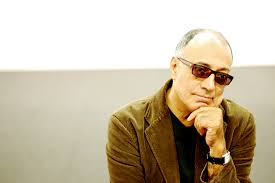 The artistic director of the festival Li Cheuk-To and the Malaysian actress Wong Ain-ling will speak during the one-day seminar.

Five Kiarostami’s films, “Where is the Friend’s Home?”, “And Life goes On…”, “Through the Olive Trees”, “Taste of Cherry” and “The Wind Will Carry Us”,  are also scheduled to be screened during the festival, which runs until August 27.

The event is a part of the Cine Fan Program, which is held on the sidelines of the festival.