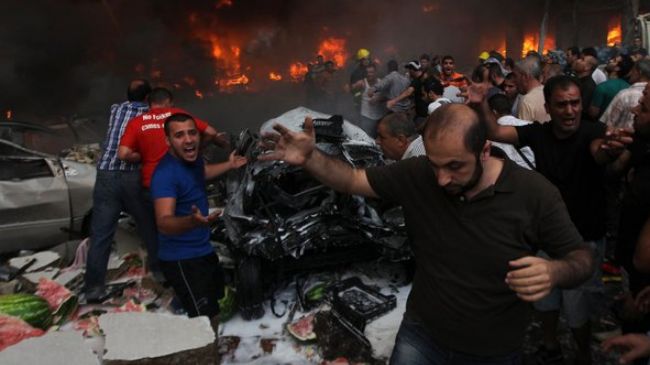 The Islamic Republic of Iran has strongly condemned the recent terrorist bomb blast in the south of the Lebanese capital, Beirut, which left many dead or wounded.

“The resilient Lebanese people, particularly the Islamic resistance, will definitely thwart the wicked plot by the Zionists and their allies to destabilize Lebanon and sow discord among its ethnic groups upon the anniversary of the glorious victories in the 33-day war,” Iranian Foreign Ministry Spokesman Abbas Araqchi said on Thursday, referring to Hezbollah’s successful defence of Lebanon against an Israeli invasion in 2006.

At least 21 people were killed and 200 injured in a massive car explosion which hit the Shia-populated Zahiyeh area between Bir el-Abed and Roueiss neighborhoods in Beirut on Thursday. The area is a stronghold of the Lebanese resistance movement Hezbollah.

The Iranian spokesperson expressed sympathy with the bereaved families of the victims of the criminal act, saying the Islamic resistance front and Hezbollah are “enduring and fundamental” elements in defending Lebanon’s territorial integrity and national sovereignty.

“The resilient Lebanese people will never allow foreigners and aggressors to dispossess them of their inalienable right to legitimate defense, and by maintaining their unity and vigilance will cut off the hands of aggressors targeting Lebanon’s national unity and sovereignty,” Araqchi stated.

Lebanese President Michel Sleiman said on Thursday night that the deadly bombing bears the hallmarks of an Israeli attack.

“This is a criminal act that bears the fingerprints of terrorism and Israel, and is aimed to destabilize Lebanon and deal a blow to the resilience of the Lebanese,” Sleiman said.

Lebanese caretaker Prime Minister Najib Mikati announced that Friday would be a national day of mourning.

The bombing occurred only one day after Hezbollah leader Hassan Nasrallah claimed responsibility for a defensive action in which several Israeli soldiers were wounded upon entering the Lebanese territory.