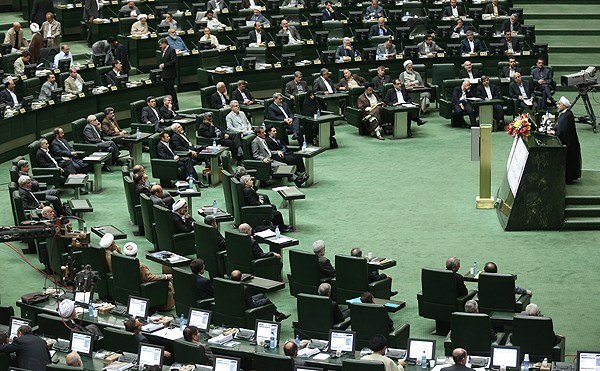 Parliament’s votes on each of the 18 Ministers proposed by President Rouhani did not come on Wednesday, as discussion of the nominees and their presentations overran.

The votes are now expected on Thursday after the final proposed Ministers make their cases for confirmation.

Most of Rouhani’s choices appear to be safe. For example, proposed Defense Minister Hossein Dehghan faced no opposition at all after his statement in the Majlis.

However, four of the nominees could be blocked, with “hard-line” MPs criticising their service in the reformist Khatami Government up to 2005 or their links to “sedition” — the protests after the disputed 2009 Presidential elections — because of their ties to candidates Mir Hossein Mousavi and Mehdi Karroubi, both of whom have been detained since February 2011.

Zanganeh was Oil Minister from 1997 to 2005 and is seen as an effective manager and welcome choice for links with foreign investors, almost all of whom have left Iran’s energy projects since 2010. However, his critics focus on his work with Mousavi in the 2009 election to claim he is not reliable. He may also be opposed behind the scenes by the Revolutionary Guards, who have a major stake in Iran’s energy sector and whose long-time commander, Rustam Qassemi, was the last Oil Minister.