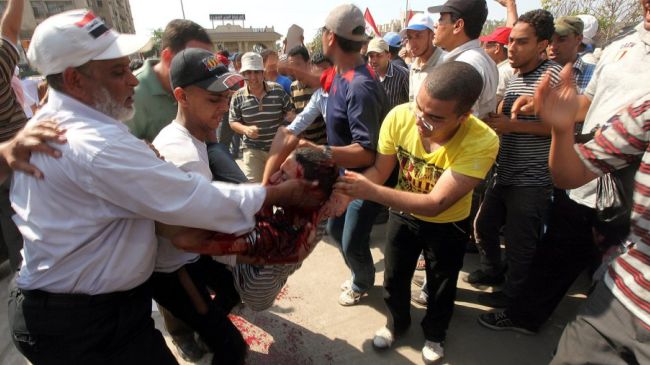 Egyptian protesters carry an injured supporter of ousted President Mohamed Morsi after he was shot by security forces outside the headquarters of the Republican Guard in Cairo on July 5, 2013.

European Union foreign policy chief Catherine Ashton strongly condemned violence in Egypt that claimed scores of lives on Wednesday and urged the interim government to end a state of emergency as soon as possible.

“I strongly condemn the violence that has erupted in Cairo and throughout Egypt,” Ashton said in a statement, adding that the violence left Egypt “heading into an uncertain future.”

“I call on the security forces to exercise utmost restraint and on the interim government to end the state of emergency as soon as possible, to allow the resumption of normal life,” she said.