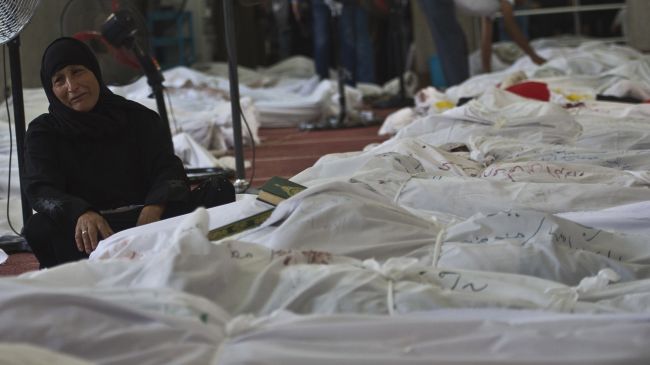 An Iranian lawmaker says the crisis and unrelenting wave of violence in Egypt is a Western plot aimed at hampering the wave of Islamic Awakening in the Arab world.

“What has happened in Egypt and the massacre of Muslims are signs of a string of coordinated measures by the United States and [other] Western countries against the wave of Islamic Awakening in the region,” Davoud Mohammadi said on Thursday.

“Unfortunately, the intervention of foreign powers in Egypt’s internal affairs has pushed the country to the brink of civil war,” Mohammadi added, noting that the crisis has been intensified by the massacre of thousands of innocent people.

The Iranian legislator highlighted the involvement of the West, the US in particular, in the turmoil, saying the White House seeks to prepare the ground for further interference in Egyptian affairs.

Mohammadi called on the Egyptian people to counter the West’s divisive scheme and urged political and religious figures of Egypt to help the country move toward national reconciliation.

Tension has intensified in Egypt since July 3, when the country’s powerful military deposed former president, Mohamed Morsi, suspended the constitution, and dissolved the parliament.

On Wednesday, Egyptian security forces moved in to clear out thousands of supporters of the ousted president from two camps – one near the Rabaah al-Adawiya Mosque in Cairo’s Nasr City and a smaller one in Nahda Square in Giza.

According to Egyptian officials, over 520 people, including 43 policemen, were killed and nearly 3,000 more injured in the violence.