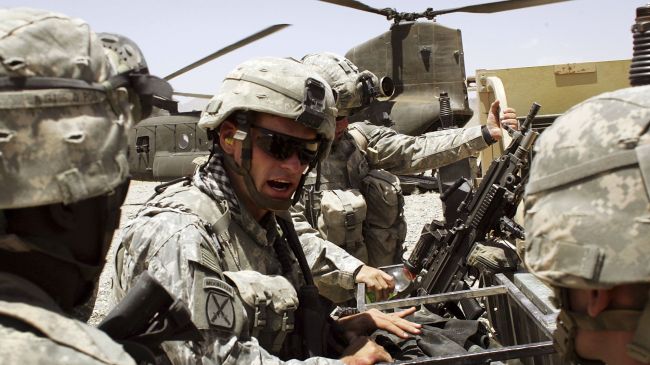 US soldiers in Afghanistan

At least two civilians have been killed in a US-led rocket attack in Afghanistan’s eastern province of Kunar,Press TV reports.

According to Afghan officials, rockets were fired from inside a foreign base in Kunar’s capital city of Asadabad.

Reports say at least three other civilians, including a child, were injured in the attack.

Meanwhile, Kunar’s governor has condemned the attack, demanding US-led foreign forces in the country to provide an explanation for the deadly incident.

On August 1, 45 people were killed in US-led airstrikes carried out in the Nimruz and Nangarhar provinces.

The US claims its airstrikes target Taliban militants. However, according to Afghan sources, many civilians fall victim to such attacks.

The United States and its allies invaded Afghanistan in 2001 as part of so-called war on terror. The offensive removed the Taliban from power, but insecurity remains across the country.