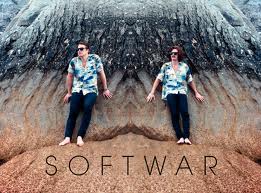 TEHRAN (Tasnim) – An official with the Islamic Revolution Guards Corps (IRGC) stated that Iran has adopted various measures to counter the enemies’ ongoing soft war against the country.

“At present, more than 17,000 active (IRGC) members in various cultural spheres are ready to serve the Islamic society and counter the enemies’ soft war,” Mohammad Ali Asudi, a cultural official at the IRGC, said today during a cultural event in the Iranian city of Qom.

He also added that a large number of the organization’s elite members have been tasked with implementing cultural, artistic and research projects as part of a major plan to thwart the enemies’ plots.

Earlier this year, Iran launched a base to counter enemy’s soft war.

The base is tasked with policy making in the state and military affairs to counter the soft war (tactics) of the enemies of the Islamic Republic in a more defined manner.

Soft war is a term used by Iranian officials to refer to the cultural invasion and soft intelligence tactics used by foreign countries deemed hostile toward Iran.