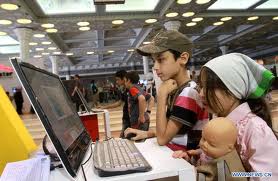 Organized by the National Foundation for Computer Games (NFCG) , fifteen Iranian universities will be offering their latest products in different sections, the NFCG announced in a press release on Monday.

A collection of computer games developed by foreign companies and verified by NFCG will also be on display.

At one of the pavilions, the computer games ratings model for Iran (ESRA), families receive help in familiarizing themselves with games and how to obtain appropriate games for their children.

A new section named “Window” has been established this year to showcase different procedures for Iranian game productions over the past two decades.

Other sections include a world without games, as well as independent game producers.

Over 30 workshops along with a shop offering series of computer games will be set up on the side sections of the festival, which will be running until August 17.