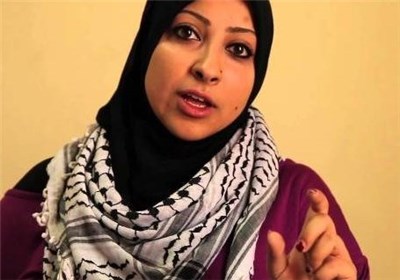 TEHRAN (Tasnim) – A well-known rights group voiced serious concern over the oppressive policies pursued by Al Khalifa regime against human rights activists in Bahrain, and denounced the regime for its ban on entry of Maryam al-Khawaja, a rights activist, into the country.

According to a report by Al-Wifaq website, an Arab human rights society, in a statement, condemned growing human rights violation in Bahrain.

The regime’s decision to bar the entry of Maryam al-Khawaja into Bahrain is the continuation of the suppressive policies pursued against the Bahraini activists and is in line with regime’s efforts to silence the freedom-seeking voices, the statement says.

Maryam al-Khawaja, a prominent Bahraini rights activist has been barred from a flight to the Persian Gulf kingdom after a request from government authorities.

A British Airways spokesman told AP that Maryam al-Khawaja had been stopped from boarding a direct London-to-Bahrain flight Friday.

The spokesman said the airline barred her as “we are required to comply with requests from individual government authorities.”

Meantime, anti-government rallies have been organized for August 14.