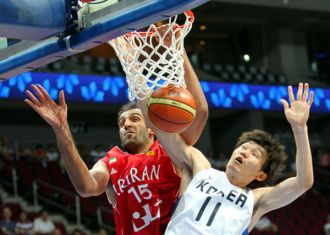 TEHRAN – Iran basketball team is going to advance to the second round of the 2014 FIBA Basketball World Cup, coach Memi Becirovic says.

“I think Iran showed good performances in the Asian Championship. We played well in each match. I am satisfied with my players,” Becirovic told the reporters in Tehran’s Imam Khomeini International airport on Tuesday.

“The big teams will participate at the World Cup. Qualifying for the next stage in the competitions could be our next surprise,” the Slovenian added.

The 2014 FIBA Basketball World Cup will be held in Spain from August 30 to September 14.