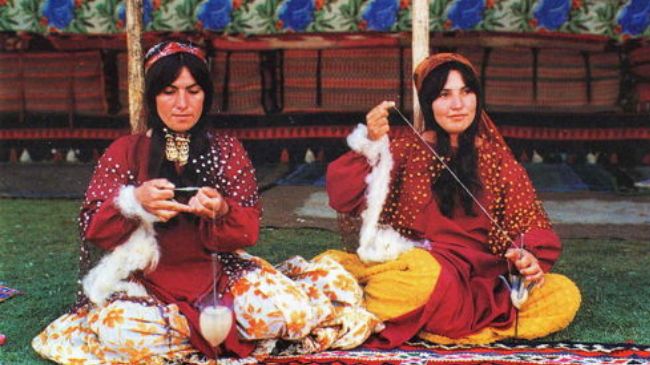 The life and traditions of a number of Iranian tribes have been represented during an exhibition mounted in the capital city of Tehran, Press TV has reported.

Qashqaei, Azeri and Torkman representative groups took part in the exhibition to display their different lifestyles.

The exhibition provides an opportunity for visitors to become acquainted with the Iranian ethnic groups and nomadic lifestyle.

Many handicrafts, nomads’ clothes, art pieces, food and souvenirs have been showcased at the festival.

As the festival has been mainly sponsored by Qashqaei tribesmen, Qashqaei rugs and carpets, saddlebags adorned with colorful geometric designs were also presented at the exhibit.

Nomad’s materials for weaving carpets and rugs are natural and provided by their own animals.

The most attractive part of the festival, offered during its evening programs, is the show of local wedding ceremony.

Iran has one of the largest nomadic populations in the world and their lifestyle has become an inseparable part of the country’s culture.

There are about one and a half million nomads in modern Iran, each with its own dialect, picturesque dress, dwelling-place, customs and language.

Iran is also home to one of the world’s oldest civilizations as well as having its first dynasty established in 2800 BCE.