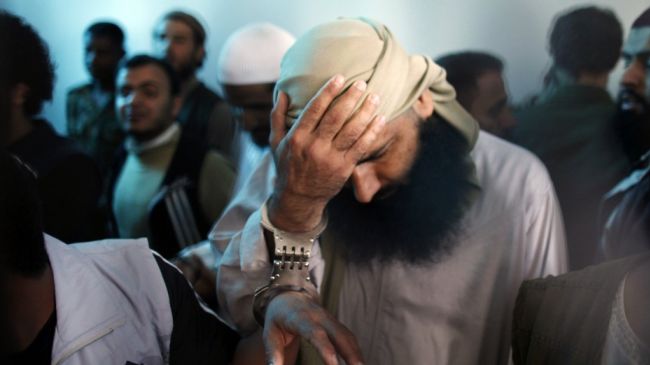 The leader of al-Qaeda’s Yemen-based offshoot says the group will soon release jailed extremist militants, days after the United States closed missions in several countries across the Middle East.

Nasser al-Wuhayshi made the announcement in a statement issued on Monday on a website used by militants, Reuters reported.

Al-Wuhayshi did not mention how the prisoners would be released.

The authenticity of the statement could not immediately be verified.

On July 23, al-Qaeda claimed responsibility for deadly attacks on two major prisons in the capital Baghdad and the nearby town of Taji that freed hundreds of militants.

On July 27, more than 1,000 inmates escaped from a prison on the outskirts of Benghazi in Libya following an attack on the facility. However, it was not clear who was behind the attack.

The United States closed 19 of its embassies and consulates across the Middle East and sent home some staff in Yemen after communication was intercepted between al-Qaeda leaders, al-Wuhayshi and Ayman al-Zawahri.

In addition, the United States has stepped up its drone operations in Yemen over the past few years.

The United States says the CIA-run drone strikes primarily kill al-Qaeda militants, but casualty figures show that Yemeni civilians are often the victims of the attacks.