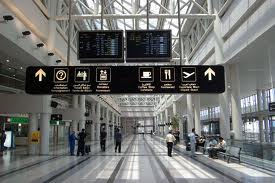 BEIRUT: The Lebanese Pilots’ Syndicate called Saturday for the immediate release of two crew members of Turkish Airlines who were kidnapped a day earlier by gunmen in the Lebanese capital after departing Beirut’s international airport.

In a statement, the Syndicate urged the kidnappers to release “as soon as possible” Turkish Airlines pilot Murat Akpinar and his co-pilot Murat Agca.

“The aviation industry transcends borders and impacts the lives of millions of people around the world, regardless of their nationality, and therefore the lives of its workers must be safeguarded and no harm should come to them under any pretext,” the Syndicate said.

The Lebanese pilots said they stood by their Turkish counterparts and “will not spare any effort to help secure the release of our kidnapped colleagues.”

Akpinar and Agca were forced out of a shuttle bus at gunpoint at the Cocodi Bridge, less than a kilometer from Beirut’s Rafik Hariri International Airport, Friday morning.

They had been on route to their Beirut hotel at the time of the abduction.
By The Daily Star