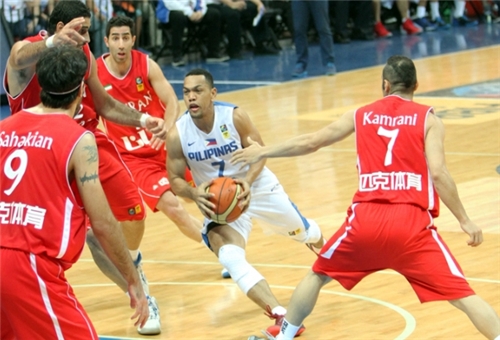 TEHRAN (FNA)- Iranian men’s basketball team won the Asian championship for the third time after beating their hosts, the Philippines, on Sunday.

Iranian men’s basketball team had earlier made its way to the 2014 world competitions in Spain after beating Taiwan 79-60 in the semifinal on Saturday.

Iran hammered all its rivals, including Malaysia, South Korea, China, India, Bahrain, Kazakhstan, Jordan and Taiwan with astonishing results before beating the Philippines for a second time today. The Iranian basketballers had already won the Filipinos with even a better result in the group round.

The Iranian basketball team overpowered Kazakhstan 85-53 on Wednesday and beat Bahrain 75-56 on Tuesday in Group F of the 2013 FIBA Asia Championship.

The 2013 FIBA Asia Championship opened in the Philippines on August 1, wrapped up today. A total of 15 teams competed in the sports event.

The three first teams of the competitions automatically qualify for international basketball competitions to be held in Spain in 2014.