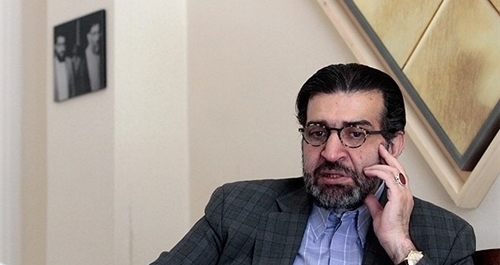 TEHRAN (FNA)- Former Iranian Ambassador to Paris Sadeq Kharrazi underlined the Islamic Republic’s influence in the Middle East region, saying that even the US has acknowledged this fact.

“The US is inclined towards Iran when it comes to resolving Iraq’s problems; the issue of Syria will lead to nowhere without Iran … and for holding security conference in Afghanistan, the US waits for Iran’s participation,” Kharrazi told FNA.

The former envoy stressed that Iran enjoys a special status in the Persian Gulf and the Middle East.

Earlier this year, a senior Iranian legislator underlined Iran’s influential role in the region, and said Iran has pushed the United States’ incorrect policies and plots against the regional states into failure.

“Iran has managed to defeat the United States’ incorrect policies in the region by supporting the axis of resistance against the Zionist regime,” Chairman of the parliament’s National Security and Foreign Policy Commission Alaeddin Boroujerdi told FNA.

In mid-June 2012, Supreme Leader of the Islamic Revolution Ayatollah Seyed Ali Khamenei praised the resistance shown by the Iranian nation against the enemies’ plots and conspiracies, and said that the country has become a role model of resistance for the other nations despite all enemy efforts.

Addressing a group of Iranian officials, Muslim envoys and representatives here in Tehran at the time, Ayatollah Khamenei said that the Iranian nation’s honor and might are a clear example of the outcomes of resistance.

The leader pointed to the world arrogant powers’ collaboration on confronting the Islamic Republic, and stated, “In the past 33 years, our wise nation and our dear country have been subjected to non-stop conspiracies of all the world powers which tried to, if possible, prevent Iran which is a live example of resistance and progress from becoming a role model in the other nations’ eyes.”