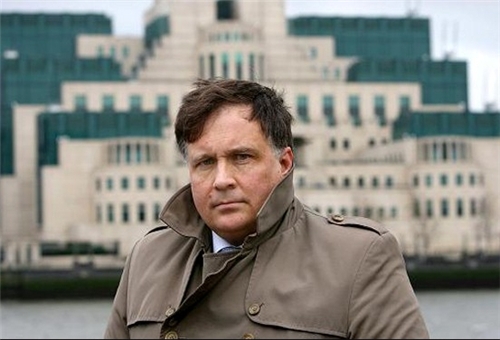 Harry Ferguson, 52, said that his decision is prompted by shame over the behavior of the British intelligence service he once served.

He will attempt to fast for a week to highlight the plight of Aamer, the last UK resident being held at the US military camp, who has been on hunger strike for more than 170 days, al-Alam reported.

The former MI6 operative, who took part in the fight against terrorism, said he was motivated by a regret that the “organization of which I was once proud to be a member now supports policies including assassination, rendition, torture and detention without trial”.

He said that recent claims that British intelligence officers had been covertly campaigning against Aamer’s repatriation had proved the final straw.

“In fact the legal charity Reprieve has recently uncovered evidence that MI6 is directly briefing against his return to this country because once he arrives here he will reveal that MI6 officers were present while he was being tortured,” he added.

Ferguson said the shame he felt over such disclosures was heightened by recruitment work he had carried out for MI6 and lectures he had hosted defending the security services.

“Sadly, my advice today to any aspiring recruit, who values the defense of human rights, would be to stay away and do something better with their lives. The intelligence services are not what they were. Above all, they have forgotten the lessons that we learned during the struggle against Irish terrorism: that brutality and injustice are not the answer, they simply fuel the next generation of terrorists,” he said.

Aamer has been on hunger strike since March to highlight his demands to be brought home to London. He is among a reported 60 Guantánamo detainees still refusing food, the majority of whom are being force-fed.

The 47-year-old, whose wife and children still live in Southwest London, has been detained in the military prison for 11 years without being charged or tried.

Clive Stafford-Smith, the director of Reprieve and Aamer’s lawyer, welcomed Ferguson’s decision to draw attention to Aamer’s plight. “It is a big deal that someone who is so linked in with MI6 is willing to make such a strong statement,” he said.

Ferguson’s hunger strike is part of a campaign by Reprieve, which is supporting the Guantánamo Bay hunger-strikers by encouraging supporters to give up food temporarily.