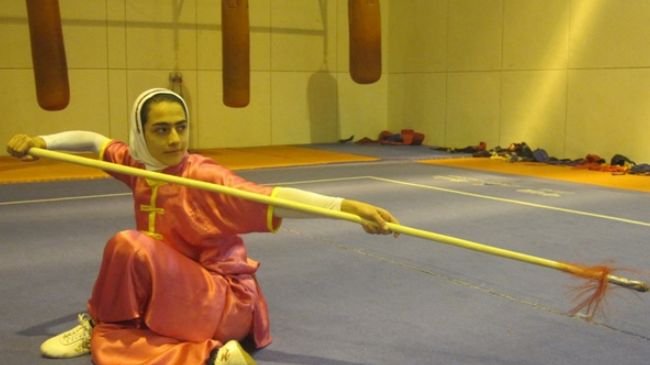 On Friday, Hanieh Rajabi of Iran exhibited impressive performances in the Gunshu form of the Taolu category at the Makati Coliseum and claimed the first spot. She was followed by Indonesian and Malaysian wushu competitors.

Gunshu is a form of wushu where the participant uses a staff as the main element of the routine.

Also, Zahra Kiani grabbed the bronze in the Changquan form on Friday and stood behind wushu artists from China and Indonesia respectively.

Changquan is the most widely seen of the wushu forms and includes speed, power, accuracy, and flexibility.

Parastu Sohrabi, Afshin Salimi, Yazdan Mirzaei and Javad Ghezel-Soflou overcame their opponents in the Sanda (sparring) discipline, and cruised into the semi-final round.

Nanquan usually requires less flexibility and has fewer acrobatics than Changquan, but it also requires greater leg stability and power generation through leg and hip coordination.

The 7th Asian Junior Wushu Championship started in the Philippine capital Manila on August 8, and will wrap up on August 12.