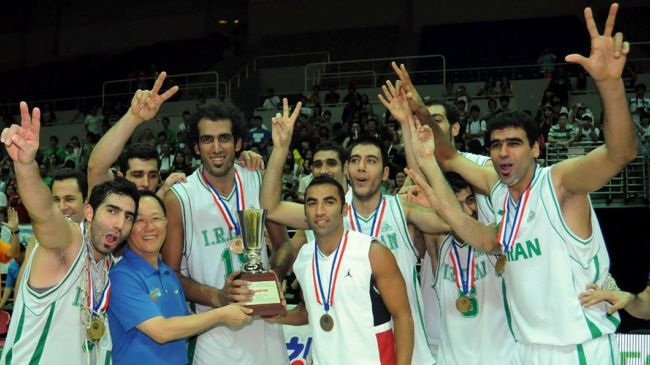 MANILA, Philippines – Jordan limped out of title contention in the 27th FIBA Asia Championship after receiving a 50-94 beating from Asian powerhouse Iran in the quarterfinal round at the MOA Arena in Pasay City Friday.

Jordanian coach Evangelos Alexandris proclaimed Iran as the strongest tournament after absorbing their worst defeat in the tournament.

“Today we played with the best team of the tournament.  Maybe, over our heads, we were thinking that we could have won this game,” said Alexandris.

“Iran is a very good team and they have done a very good job but I don’t believe the real difference is what the score states.  I hope we will just get better in the future,” he added.

Meanwhile, veteran Wesam Al-sous stressed the widening gap between Iran and Jordan and called out the officials in their home country to take notice and start working for the improvement of their program.

“I guess there is a big difference now between Iran and Jordan basketball and it continues to widen because in the Iranian leagues they put a lot of money compared to us,” said Al-sous.

“I hope this becomes a message to the people of Jordan and we try to solve our problems so that we can improve,” he added.

Al-sous was a member of the Jordan team in 2011 that struck the biggest upset in the tournament pulling the rug against Iran and parlayed it to a 1st runner-up finish to host China.

The veteran guard apologized to the Jordanian fans and promised to play their best after being relegated to the classification phase of the tournament.

“We’re very sorry to our Jordanian fans and I am really disappointed but tomorrow is a new day and we will try to get the best position we can in this tournament,” he said.