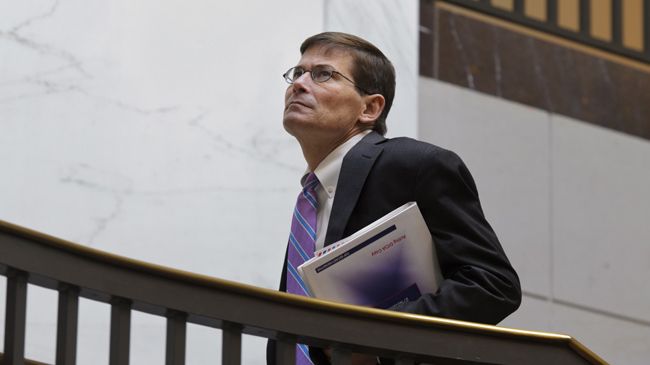 A senior CIA official has warned that the foreign-sponsored war in Syria aimed at overthrowing the government of President Bashar al-Assad poses the greatest risk to US national security.

Speaking to The Wall Street Journal on Tuesday, CIA second-in-command Michael Morell said that there were now more foreign fighters from the West pouring into Syria to fight alongside al-Qaeda affiliated groups than there were going to Iraq at the height of the war there.

“It’s probably the most important issue in the world today,” he said of the war in Syria.

Morell, who is retiring after 33 years with the spy agency, said that the prospect of al-Qaeda replacing the Syrian government if it was overthrown was his greatest worry.

Such an outcome, he warned, would land the Syrian government’s weapons in the hands of terrorists who pose a threat to America.

The CIA deputy director also said the violence in Syria was likely to spill across borders into Lebanon, Jordan and Iraq.

The US government is weighting “all options” for Syria as al-Qaeda is increasing the scope of its operation in the country.

The White House announced in June that it would offer military aid to foreign-backed militants in Syria who are fighting the government there.

Unrest has gripped Syria since March 2011, and many people, including large numbers of Syrian security forces, have been killed in the unrest.

The Syrian government maintains that the chaos in the country is being orchestrated from outside.