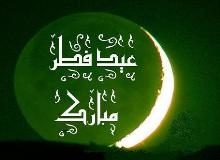 In this regard, Sunni Friday Prayer leaders from different provinces along with the council members of religious scholars in Bushehr province underlined Sunni people will not fast in the day Supreme Leader announces as the beginning of Shawwal and regard it as Eid al Fitr, saying the day’s special prayer.

Sunni clerics prayed God to accept Iranians’ and all Muslims’ praying and deeds during the holy month of Ramadan.

The conclusion of the holy month of Ramadan culminates in the celebration of Eid al-Fitr, which is one of the main Muslim holidays.

Eid al-Fitr marks the end of Ramadan – the ninth month on the Islamic calendar – when Muslims refrain from dawn to dusk from eating, drinking, smoking, and indulging in anything that is in excess or ill-natured.

Muslims believe Ramadan to be an auspicious month for the revelations of God to humankind, given the belief that it was in Ramadan when the first verses of the Holy Qur’an were revealed to Prophet Muhammad (PBUH).