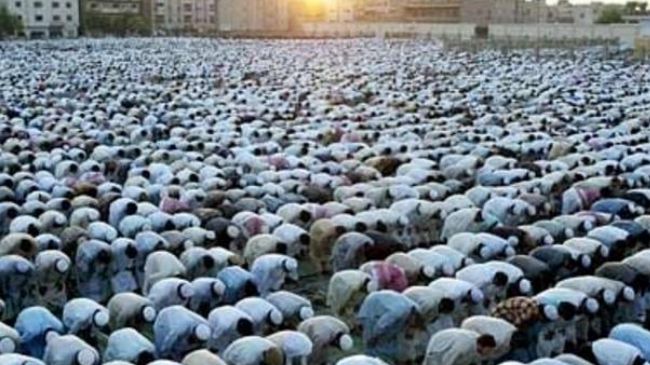 Muslims in numerous countries celebrated Eid al-Fitr, marking the end of the holy month of Ramadan, on Thursday while other nations will observe the joyous occasion on Friday.

Among the countries that celebrated the major Islamic holiday on Thursday were Egypt, Malaysia, Pakistan, Indonesia, Saudi Arabia, Syria and several other Middle Eastern nations, including Palestine.

Iran and Iraq, however, are among those Muslim nations that have declared Friday as Eid al-Fitr since the moon crescent which marks the beginning of the new month could not be sighted in those countries by Thursday.

Under the Islamic law, the old month’s end is declared only after the new moon crescent is sighted.

Eid al-Fitr also marks the first day of the Islamic month of Shawwal that follows the fasting month of Ramadan.

The auspicious holiday commonly begins with communal prayers at major mosques or other prayer sites after a predetermined amount of money is set aside as alms. Muslims mark the rest of the day by wearing new or neat clothes and joining family members, relatives and friends to eat and have a good time together.

Also on Eid al-Fitr, Muslims are encouraged to be especially generous and forget any grudges against friends and relatives.

In Iran, people are expected to turn out en masse across the nation for communal prayers shortly after sunrise on Friday. The Eid al-Fitr prayers in Tehran will be led by Leader of the Islamic Revolution Ayatollah Seyyed Ali Khamenei, followed by two sermons.

There are an estimated 1.6 billion Muslims around the world, making up the majority in 49 countries.