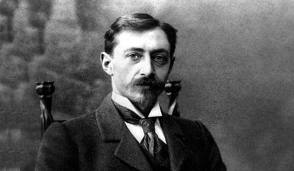 Ivan Bunin to be commemorated at Tehran institute

TEHRAN, Aug. 8 (MNA) – The 60th anniversary of the passing of Russian author Ivan Alekseyevich Bunin will be commemorated during a ceremony at Tehran’s Central Book City on December 10.

The ceremony has been organized in a collaborative effort by the institute and Russia’s Solzhenitsyn Foundation, the institute reported in a press release on Tuesday.

Two literati of the foundation are scheduled to deliver speeches during the event. The names of the literati were not mentioned in the report.

Several documentary films about Bunin will go on screen during the event as well.

He was noted for the strict artistry with which he carried on the classical Russian traditions in the writing of prose and poetry. The texture of his poems and stories, sometimes referred to as “Bunin brocade”, is considered to be one of the richest in the language.