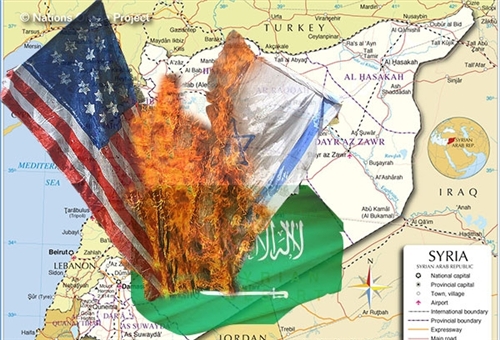 Syria crisis must be resolved through diplomacy: Rohani

Iranian President Hassan Rohani has condemned foreign intervention in Syria and underscores the importance of diplomacy as the only path to resolve the crisis in the Arab country.

On Tuesday, in his first press conference since he took office, Rohani condemned continuation of civil war, presence of foreign-backed terrorists, and foreign interventions in Syria.

The Iranian chief executive rejected military option as a solution to the Syrian crisis, adding, “The solution for Syria is a political solution with the participation of all the Syrian groups including the government and opposition.”

“If the regional countries such as Iran, Turkey, and other states assist and participate, they can accelerate the process,” Rohani pointed out.

According to the United Nations, more than 100,000 people have been killed in the violence.

The militancy has also displaced a total of 7.8 million Syrians, around 1.8 million of whom are living in neighboring countries, mainly in Iraq, Jordan, and Lebanon.

Rohani also highlighted the importance of bolstering ties with Iran’s neighbors and easing the tensions across the Middle East as the top diplomatic priorities of his administration.

“The next administration gives priority to relations with its neighbors and also the regional countries,” the president said.

“Effort to establish tranquility and stability in the region and reduce the regional tensions with the assistance of the friend countries is among the programs of this administration,” he added.

Rohani took the oath of office in Iran’s Majlis one day after being endorsed by Leader of the Islamic Revolution Ayatollah Seyyed Ali Khamenei.

He won Iran’s June 14 presidential election with 50.7 percent of a total of over 36 million ballots. The voter turnout in the election was 72.7 percent.