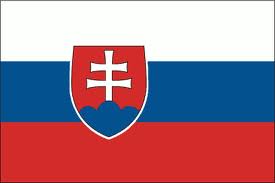 Slovakia said Wednesday it was hopeful eight Slovak paragliders held for months in Iran for alleged spying would be released.

“We are in talks with the Iranian side and these positive signals give us reason for a cautious optimism,” foreign ministry press officer Peter Susko told AFP.

“We are hopeful that the case will be solved successfully.”

Slovakia has been in discussion with Iran since May 22, when it first announced their arrest, and has repeatedly urged Iran to allow its diplomats access to the paragliders.

The Slovak consul in Tehran has been allowed to visit the young men once since their arrest, according to Foreign Minister Miroslav Lajcak.

The paragliders, who travel the world to film documentaries from a bird’s-eye view, were detained in May for allegedly photographing restricted areas including nuclear facilities.

The group made a documentary last year focused on paragliding over the Himalayas during a trip to India.

They went to Iran to collect material for their second film, their friends have told AFP, insisting the men were not spies.

Located some 330 kilometres (200 miles) south of Tehran, Isfahan is home to nuclear facilities including the Natanz uranium enrichment site.

The international community has imposed a battery of sanctions against Iran, accusing it of using its civilian nuclear energy programme as a cover for developing atomic weapons — charges Tehran flatly denies.

According to Slovak media, the paragliders ran into trouble for using two-band walkie talkies reportedly banned in Iran, as well as cameras designed for extreme sports.

Robert Kaucarik, who heads Slovakia’s amateur paragliding club, told AFP that compact extreme sports cameras “are so mainstream in Slovakia, people don’t even realise they can get in trouble for using them.”