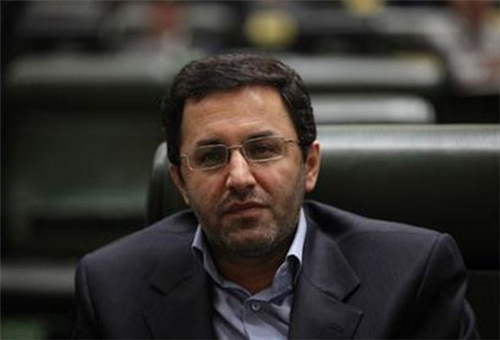 Senior MP: EU should show good will by easing sanctions

TEHRAN (FNA)- A prominent Iranian lawmaker called on the European Union to adopt a more serious attitude towards Iran, reiterating that the EU should ease its sanctions on the Islamic Republic in order to prepare the grounds for further talks with Tehran.

“We expect the European Union to show more serious and practical reactions. The EU should step onto a path showing not only a change in words, but also in behavior towards the Islamic Republic,” member of the parliament’s National Security and Foreign Policy Commission Javad Jahangirzadeh said on Wednesday.

“As a first step, the European Union should revoke its sanction against the Central Bank of Iran (CBI) in a bid to build (our) confidence,” the senior lawmaker added.

On April 6, Iran and the six world powers wrapped up their 4th round of talks after two days of intensive negotiations in Almaty, Kazakhstan.

The Iranian team was led by Iran’s top negotiator Saeed Jalili, who is also the Secretary of Iran’s Supreme National Security Council (SNSC), and the G5+1’s representatives were presided by Ashton.

Iran had announced a day prior to the start of the talks that it would enter the negotiations with the G5+1 with clear, groundbreaking proposals.

Iran has so far ruled out halting or limiting its nuclear work in exchange for trade and other incentives, saying that renouncing its rights under the Non-Proliferation Treaty (NPT) would encourage the world powers to put further pressure on the country and would not lead to a change in the west’s hardline stance on Tehran.

Iran is under four rounds of UN Security Council sanctions for turning down West’s calls to give up its right of uranium enrichment. The United States and the European Union have ratcheted up their sanctions on Iran this year to force it to curb its nuclear program.

Russia unlike the western members of the G5+1 reiterates on the necessity for recognition of Iran’s right of uranium enrichment.

Senior Russian officials have on several occasions emphasized the need for progress in Iran’s nuclear case and the relevant negotiations on the basis of mutual cooperation and respect.