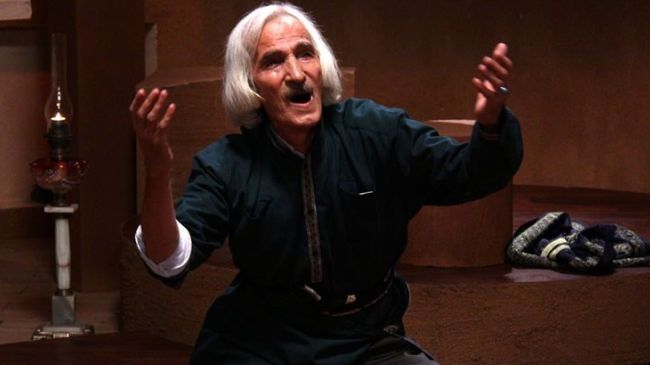 Iranian master of Naqqali (Persian art of storytelling) Valiollah Torabi Sefidabi has passed away at Tehran’s Madaen Hospital at the age of 77.

The artist, known as ‘Morshed Torabi’, who was suffering from the liver cancer eventually met his death on August 3, 2013.

He was born in Sefidab, a village near the town of Tafresh in Central Province of Iran in 1936.

He was born into a family who had been acquainted with the stage art. His father was a performer of the traditional Persian play, Ta’azieh.

The Naqqali artist, Torabi, performed many programs at numerous Iranian and international events, and he was honored at some of them.

Naqqali is a style of storytelling in Persian literature dedicated to epic stories from Ferdowsi’s masterpiece The Shahnameh.

Ferdowsi’s worldly known book, The Shahnameh (Letter of the Kings), is a classic among epic Persian poetry and recounts Iran’s mythical and historical past.

Dating back to the Safavid Dynasty, Naqqali is performed in verse or prose with a single person playing the roles of all characters with a special tone and expression.

The United Nations Educational, Scientific and Cultural Organization (UNESCO) registered Naqqali, as the oldest form of dramatic performance in Iran, on its World Intangible Cultural Heritage List in November, 2011.

Naqqali was formerly performed in teahouses, tents of nomads, and historical venues such as ancient caravansaries.