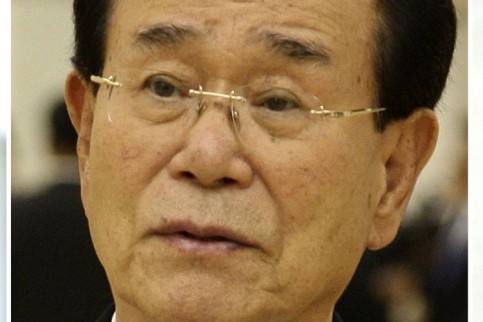 “Iran and North Korea have taught the world not to bow to enemies’ threats,” Kim Yong Nam who has traveled to Iran to participate in Iranian President Hassan Rouhani’s yesterday inauguration ceremony, said at the meeting with Rafsanjani on Monday.

He called Hashemi Rafsanjani as the founder of relations between Iran and North Korea, and said the two countries’ officials have always continued the strong contacts that “your historical trip (as parliament speaker to North Korea in 1985) established” ever since.

Hashemi Rafsanjani, for his part, pointed to the launch of operations by the new government presided by Hassan Rouhani, and expressed the hope that cooperation between Iran and North Korea would further expand during his tenure.

In relevant remarks, Supreme Leader of the Islamic Revolution Ayatollah Seyed Ali Khamenei in a meeting with Kim Yong Nam in Tehran last August underlined that Tehran and Pyongyang have common enemies due to their resistance against the arrogant powers.

“The Islamic Republic of Iran and North Korea have common enemies since the arrogant powers cannot bear independent governments,” Ayatollah Khamenei said during the meeting in Tehran on the sidelines of the 16th Non-Aligned Movement (NAM) summit on August 30-31.

He also stressed that there are abundant grounds for the expansion of relations and increasing cooperation between Iran and North Korea.