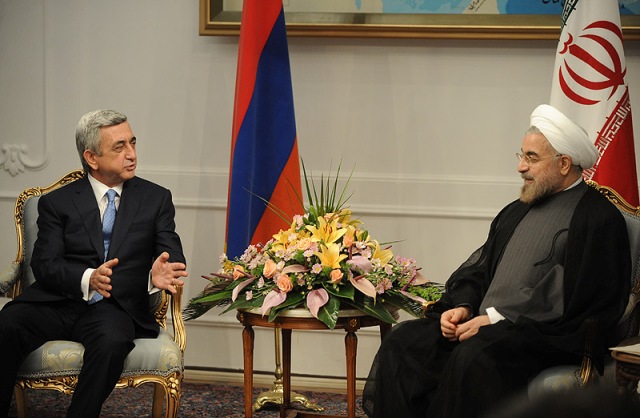 During the meeting the sided discussed a wide range of bilateral and multilateral issues. They stressed that the agenda of Armenian-Iranian relations is quite rich, which bears evidence of implementation of large projects.

We would remind you that Serzh Sargsyan is on a working visit to Iran.