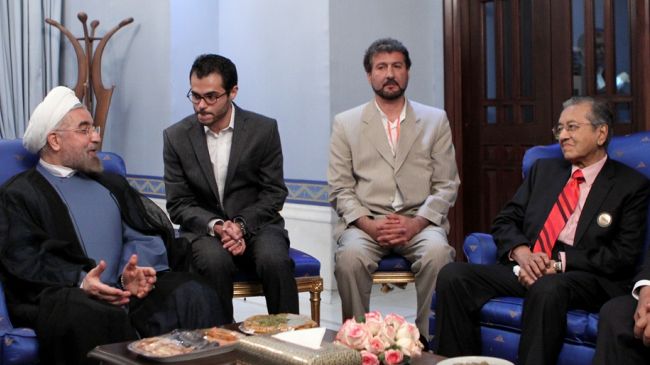 “The Islamic Republic of Iran wants the expansion of ties with the Muslim and friend country, Malaysia,” Rohani said at his Sunday meeting with Mohamad in Tehran.

Mohamad, who travelled to Iran to attend Rohani’s inauguration ceremony, congratulated the new Iranian president over his election to the position and expressed optimism that Tehran- Kuala Lumpur ties would improve in line with the interests of both nations and governments.

On Sunday, President Rohani took the oath of office in Majlis one day after being endorsed by Leader of the Islamic Revolution Ayatollah Seyyed Ali Khamenei.

Rohani, whose four-year tenure officially started on Sunday, takes over from Mahmoud Ahmadinejad.