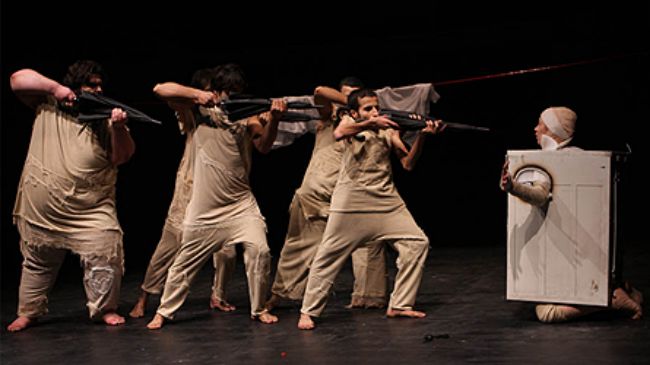 Iran’s Max theater troupe to perform at stage in Netherlands

Iran’s Max Theater Troupe is slated to perform its stage production Wonder of Creatures at Korzo Hall in the old city center of Hague in the Netherlands.

Led by the Iranian director Reza Servati, the group will go on the Dutch stage on November 17, 2013.

“Our rehearsal schedule will be one month before the performance in the Netherlands,” Servati announced.

“Some changes are also programmed to be made to the play in Hague presentation,” he added.

Wonder of Creatures features several human beings who have been transformed by unknown powers.

Reza Servati is known as one of the most talented young theatre makers in Iran. In Wonder of Creatures he created grotesque and comical.

Woyzeck and Macbeth/i> are among Servati’s better known works that have been performed at several international stages.