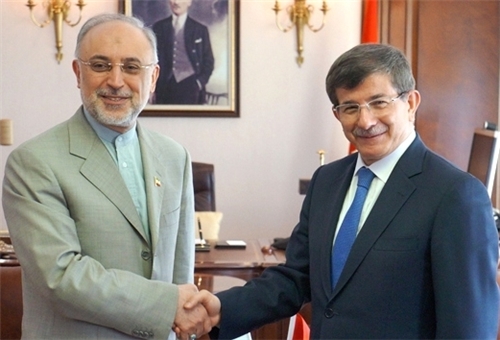 TEHRAN (FNA)- Iranian and Turkish foreign ministers in a meeting in Tehran on Monday underlined the necessity for the start of broad-based National Dialogue meetings in crisis-hit Egypt to work out democratic mechanisms to meet people’s demands.

Ali Akbar Salehi and Ahmet Davutoglu made the call in a meeting in Tehran today.

The two top diplomats underlined that Egyptian elite and politicians should not allow their country’s national unity and integrity to be endangered.

Salehi and Davutoglu urged Egyptians to adopt a rational and wise approach in dealing with political issues.

Egypt plunged into violence after the country’s army ousted President Mohammed Mursi, suspended the constitution, and dissolved the parliament on July 3. The military overthrow followed days of mass protests against Mursi.

Last month, the Egyptian Prosecutor General ordered the arrest of Muslim Brotherhood leaders, including the supreme leader of the group, Mohammed Badie, on charges of inciting violence.

Many people have been killed in violent clashes involving supporters and opponents of Mursi and security forces in the last few weeks.