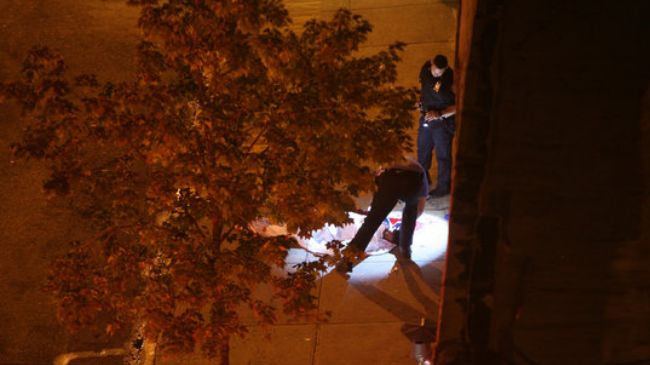 A novice police officer has fatally shot a black teenager in the Bronx, New York City alleging that the 14-year-old boy did not drop his weapon, police officials said.

Shaaliver Douse was shot in the lower left jaw early on Sunday morning and was pronounced dead at the scene, CBS News reported.

The incident happened when two rookie officers on foot patrol heard gunfire in the area of Cortlandt Avenue and East 151st Street in the Melrose section of the Bronx after 3 a.m.

They rushed to the scene to find that Douse was carrying a 9mm semiautomatic handgun chasing another male.

The officers ordered him to drop the gun, but one of the cops fired a shot killing Douse after the teenager refused to comply.

Kelly also said that the two police officers joined the force just this past January and the one who shot Douse was 26 years old.

He defended the cops for the action they took. “I think they did what we would expect officers of any experience level to do.”

Asked if Douse could have been shot in the legs, Kelly said it is not how officers are trained. “That is absolutely a myth. You can’t do that. We train all of our officers to shoot for body mass, because we shoot to stop,” he said.

Douse’s aunt said, “He was a beautiful, loving boy. He was a baby”. She did not accept the police version of the killing, saying she did not believe her nephew even had a gun.

Gun violence in the US came under spotlight after a gunman killed 20 first-graders and six adults in a rampage at an elementary school in Newtown, Connecticut, on December 14, 2012.

Critics blame the notoriously liberal gun control laws in the US for the high rate of gun murders in the country.