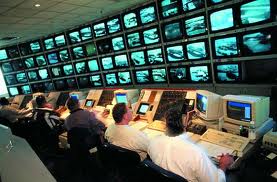 Press TV has conducted an interview with Mark Glenn, a political commentator from Idaho, about the US government urging telecoms providers to install advanced spying devices in their networks.

Press TV: Do you think after these massive revelations with regards to the US spying programs, the US government might backtrack a little? However, we are seeing more concerted effort to continue the spying activity.

Glenn: Yes, you would think that the US government after the embarrassing revelation that has been …. citizens now that they would backtrack, but again we have to remember that this is the United States of America and the American people still continue to believe in the solution that we are the freest people in the world and that we are the role model for the rest of the world to follow.

Edward Snowden’s revelations came a mere month before Americans get together to celebrate their “Freedom and Independent” and yet if you look at these celebrations they were taking place across the country on July 4, there was no indication whatsoever that the American people were in the slightest outrage over this latest revelation that literally everything that they are doing is being watched and listened to.

So, in a certain stance, I think the Federal Government has certain, justifiable reason for being very confident in the fact that it can push the American people to limits that at certain time of our history, would never be imaginable and that the American people are not going to push back unfortunately.

Press TV: Speaking of the American people, it is interesting to see how the US government continues to keep them in this perpetual stage of fear, we also see this extraordinary alert being issued for embassies and consulates across the world right now by the US.

People are being made to basically fear this faraway threat of terrorism and therefore they are giving up this freedom. Do not you agree?

Glenn: Yes and let’s just keep in mind as we consider all of this business with this fine … and Snowden and everything that …, you know it was [former US President] George Bush’s statement and it has been the statement of every administration since 9/11; there were people around the world, particularly those in Islamic world hate the American people because of our freedoms.

And yet again we are supposed to be this role model for rest of the world, but literally we have the KGP type apparatus fine on the American people.

Where is all of this spying, when it comes to groups such as AIPAC; we know that this is ….., we know that it is using all sources of subterfuge to influence our elected members of congress and it is getting literally with selling all sorts of very sensitive information that is absolutely vital to the national security of the United States.

Were all of these spying programs where they should really be, used for something that is good for the country? Why are we seeing members of AIPAC being hauled out in handcuffs and leg irons and sitting in front of a jury, being forced to answer to the fact that they have been selling America they are on the road now for literally a decade?

So, it is really an upside down situation, something that one day historians are going to look at and they are going to scratch their heads and they are going to say that how could this has happened to a country such as the United States, with all of the power that we have, but this tiny virus has been able to penetrate our body politics and caused this much damage and yet the body’s immune system, the political immune system, seems to be unwilling and unable to do anything about it.

Press TV: Despite the embarrassment, the leak from Edward Snowden has produced for the US, it seems businesses as usual as we just discussed; so why is the US pursuing Snowden so ruthlessly?

Glenn: Well, it has to make an example of Snowden, because he is just one of thousands of people within the intelligence community who have probably some information, even more embarrassing than the ones Snowden has revealed.

So they have to make an example of him. They have to at least to try to plug these leaks before they melt down complete damage to the system and you know it is the most corrupt government in the history of mankind and as bad as we think it is we can only imagine how bad it really is, if these whistle blowers are really given the opportunity to come forth and “spill the guts.”