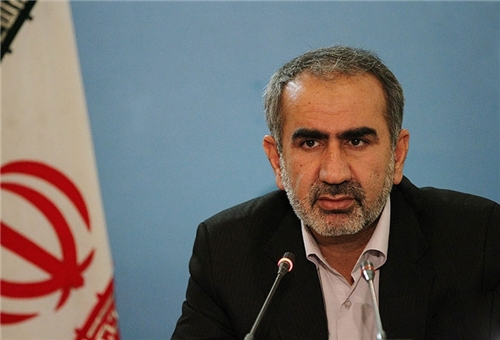 TEHRAN (FNA)- A senior Iranian legislator underlined that the differences between the US Republicans and Democrats on imposing more sanctions against Tehran indicate Washington’s confusion over proper approach towards Iran.

“The division between the Republicans and Democrats in intensifying sanctions against Iran shows Washington statesmen’s bewilderment in treating the Islamic Republic,” member of the parliament’s Budget Planning Commission Jafar Qaderi said Saturday.

The lawmaker said there are certain people in the US administration and congress who have realized the inefficiency of the embargos against Iran and, thus, want a logical approach towards the Islamic Republic.

The Iranian foreign ministry on Friday blasted the US for imposing a new round of unilateral sanctions against Tehran, and said the policy of sanctions would lead to the exacerbation of the current problems between the two countries.

Reacting to the US House of Representatives anti-Iran sanctions bill, Araqchi said the international public opinion and the global community have repeatedly strongly condemned the US governments move in issuing unilateral sanctions against nations. The experience over the past three decades has shown that the obsolete methods have no influence on the will of Iranian nation to restore its rights; rather, this has drawn consensus of the US analysts and Iranologists.

He added that on this basis, the act of the US House of Representatives only shows victory of the theory of unilateralism, as symbol of the ideology of neo-conservatives and multilateralism of sovereignty in the US.

He went on to say that the US new sanctions, issued irrespective of all political developments and views of experts, are clear example of wrong measures at an improper time.

Araqchi underlined that the policy of sanctions is a defeated policy and under present conditions it only makes present problems, specially those concerning nuclear subject, further complicated and more difficult.

The US House of Representatives passed a bill on Wednesday to tighten sanctions on Iran oil sales.

The Islamic Republic says that it considers its nuclear case closed as it has come clean of IAEA’s questions and suspicions about its past nuclear activities.