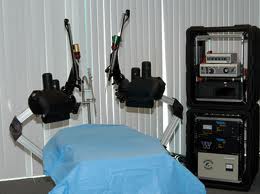 Lack of transmission and shaking hands, possibility of remote surgery, scalability, providing more safety, training and simulating are some advantages of using robots in the surgeries, Talebi, the lead author of the project told ISNA.

According to Talebi, the robots can prevent facial paralysis and transmission.

Iranian researchers have managed to design and build different medical instruments and systems despite sanctions against the country.