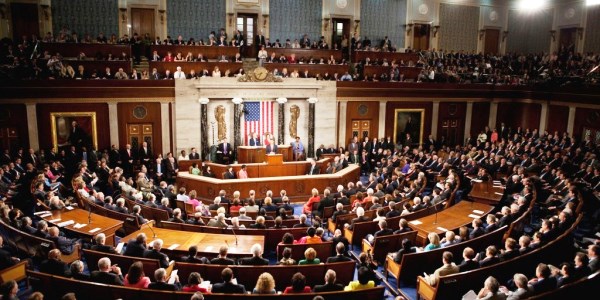 The US House of Representatives has approved a bill of sanctions targeting Iran’s oil exports and other economic sectors including mining and automobile industries.

The bill, which overwhelmingly passed 400-20 late on Wednesday, would cut Iran’s oil exports by one million barrels per day over a year.

The bill also blacklists any business in Iran’s mining and construction sectors and commits the United States to the goal of ending all Iranian oil sales worldwide by 2015.

The bill has yet to be approved in the Senate and signed by President Barack Obama to become law.

Prior to the vote a group of Democratic US lawmakers had launched a campaign to urge the Congress to postpone the bill.

They said “it would be counterproductive and irresponsible to vote on this measure before Iran’s new president (Hassan Rohani) is inaugurated on August 4, 2013.”

Rohani won 50.7 percent of votes in the latest presidential election in Iran to secure an outright victory.

The US has imposed several rounds of illegal sanctions on Iran. Washington claims they are aimed at pressuring Tehran to abandon its nuclear energy program.

Tehran has categorically rejected the accusation, arguing that as a signatory to the nuclear Non-Proliferation Treaty (NPT) and a member of the International Atomic Energy Agency (IAEA), it is entitled to develop nuclear technology for peaceful purposes.

In addition, numerous inspections of Iran’s nuclear facilities by the IAEA have never found any evidence showing that the Iranian nuclear energy program has been diverted toward non-civilian purposes.

Quoted, US House of Representatives, US sanctions against Iran, US sanctions on Iran to cut all iran's oil export August 1, 2013
Major problems pushing Israel towards collapse: Iran cmdr.
Rohani’s clout in Iran corridors of power may help nuclear deal