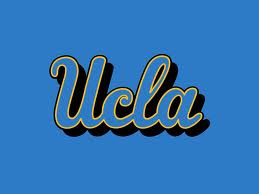 The annual celebration of Iranian cinema run by the University of California, Los Angeles, is a vital occasion for two dynamic and overlapping constituencies: cinephiles and Iranians in Los Angeles. The festival’s screenings routinely draw large audiences, eager to see films from a nation distinguished by its rich and sustained contribution to world cinema. This year’s programme underscored the depth and diversity of cinematic voices in Iranian life.

In recent years, the archive has expanded the scope to include older films, working with Iran’s national film archive and exiled filmmakers such as Parviz Sayyad to present seminal works such as The Lor Girl (Dokhtar-e Lor; 1933), directed by Ardeshir Irani; Masoud Kimiai’s Caesar (Qaisar; 1969); and Sayyad’s own Dead End (Bon Bast; 1977). This year, the festival began with a screening of Bahram Beyzaie’s first feature film, Downpour (Ragbar).

A landmark of the Iranian New Wave, originally released in 1972, Downpour concerns a newly arrived teacher, Agha Hekmati (Parviz Fanizadeh), hounded by gossip about his interest in Atefeh (Parvaneh Massoumi), the older sister of a student at his school in a working-class neighbourhood. Beyzaie eschews certain clichs rife in Iranian films of its era: the jaaheli (gangster), the raghaas (dancer), the feeble intellectual. Downpour is a deeply humanist film. Its depiction of the school and the surrounding community is a marvel of neorealist cinema, punctuated by a poetic, theatrical sensibility.

The picture screened in a version recently restored by the World Cinema Foundation from a positive print owned by Beyzaie, the only print known to exist. Because English subtitles were burned into the source element, those titles remain; they are less than ideal in terms of accuracy. Still, one is grateful for what survived. During the conversation following the screening, Beyzaie recounted harrowing details of prints destroyed in the aftermath of the Iranian Revolution, including an incident in which reels were trucked out of storage and burned wholesale.

The status of many Iranian films made prior to the revolution is a serious and delicate question. Rumours abound concerning the fate of the Islamic republic’s radio, music, television and film archives. The circumstances surrounding the Downpour source print demonstrate the need for a concerted and co-ordinated effort on the part of experts, enthusiasts and the global Iranian community to reclaim Iran’s 20th century heritage.

As it stands, much of Iran’s cultural patrimony circulates in badly reproduced digital files: tinny, compressed videos several generations removed from the masters. A palpable sense of (re)discovery attends UCLA’s screenings of older Iranian films, testament to the potency of the traditional theatrical space, a place of collective engagement.

In general, the program screenings provide ample opportunity for Irangelenos to see and be seen. And heard. It is not uncommon to hear audience members in conversation with a film and each other about the particulars of narrative, setting, production design, costume and so forth: “It’s such-and-such boulevard! It’s so-and-so! Look at what she’s wearing! Where is he going?” Shows are often charged with projections of nostalgia. The sense of longing is palpable. For many of the exiled, Iran is out of reach. Some cannot safely return. And many in the diaspora long for an Iran that no longer exists or perhaps never existed. An idealised space, a construction.

Several new films deserve mention. Mani Haghighi’s Modest Reception (Paziraie Sadeh) is a morality play involving a couple who attempt to dispose of a large sum of cash among residents of a mountain region, rushing through a series of haphazard transactions predicated on lies and manipulations. Like many of the films in this year’s program, Modest Reception pays close attention to class. It’s a cynical, polarising production, concerned with the tension between humanism and capital, between people with money to burn and those with little to none.

Like the couple in Modest Reception, the principal characters in Felicity Land (Saadat Abad) are profoundly unhappy. They bear the trappings of affluence and its burdens. As director Maziar Miri explained in the post-screening question and answer session, these are people who are living for money, and in so doing, aren’t living. Accustomed to lies, the characters heap one deception upon another.

As a taut chamber piece, Felicity Land speaks volumes about the society it depicts. It’s one of two films in the program starring the estimable Leila Hatami.

The other, The Last Step (Peleh Akhar), directed by Hatami’s husband, Ali Mosaffa (who plays her husband in the film), is an engaging work centred on a triangle: a wife, a husband, and a man who has loved the woman since childhood. Mosaffa’s nonlinear narrative attempts a kind of lyricism, but there’s too much exposition. The husband, a ghost, gives up too much of the game. It’s a story that might have benefitted from greater ambiguity.

Facing Mirrors (Aynehaye Rooberoo) is marred by tedious expository passages, but it features fine performances, particularly Shayesteh Irani’s depiction of a transgendered person on the run from an overbearing father. The heterosexual lead, Rana (Ghazal Shakeri), manifests commonplace fears and prejudices; her moral awakening is designed to bring audiences along. The film has been well-received in Iran (where gender reassignment surgery is officially sanctioned) and abroad. Director Negar Azarbayjani treats the subject matter with sensitivity. But the film hews too closely to formal convention, leading its viewers by the hand.

A very heavy hand is at work in Rhino Season (Fasle Kargadan). Director Bahman Ghobadi is a gifted filmmaker, but he has an axe to grind and does so at the expense of nuance and verity.

There is, again, a triangle: a poet, his wife, and the wife’s chauffeur, employed by her father, a military official during the Shah’s reign. The driver is obsessed with the woman. He secures enough power in the revolutionary regime to persecute the poet and his wife, both of whom are jailed. He asks the woman to leave her husband, offering her release from prison, but she refuses.

In a pivotal scene, the former chauffeur arranges for a liaison between the poet and his wife in a giant building. The couple reunite in robes, sacks covering their faces. They are instructed to keep the sacks on. The two embrace, having sex while their tormentor watches from above. Agents burst in and separate the pair. The poet is replaced by his tormentor, who approaches the woman wearing a robe and sack. At first, he is welcomed but when the woman realises the deception she tries to repulse him. He rapes her.

The director and his collaborators aestheticise the incident: the staging is grandiose, the tone sententious. The very fabric used to robe and cloak the characters is sumptuous. Ghobadi makes a fetish of the violence, distancing the audience from the brutality of the act. The scene is forced, the contrivance of a filmmaker mired in style at the expense of what might, however tentatively, be called truth.

Two films in the program, both intensely personal, ring especially true. The Reluctant Bachelor (Pir Pesar) is a documentary essay drawn from the materials of a life lived on and off camera. Estranged from his father and the society at large, director Mehdi Bagheri is sullen, prickly, ambitious, depressed. Preoccupied by setbacks and slights, he interviews family and friends (save for his father, who is filmed by an associate). Bagheri is a griping, self-absorbed presence. A narcissist, yes, but not vain. He acknowledges his intimates’ criticisms, which are pointed and plenty.

Though he’s sequestered himself in a bedroom in his parent’s home, Bagheri’s a gutsy filmmaker, venturing the landscape of domestic life as an adult of a generation born in the wake of the Revolution, who like many of his peers feels stifled, choking on dreams deferred.

Breath, laboured and tenuous, figures critically in Mohammad Shirvani’s Fat Shaker (Larzanandeye Charbi). The fat man of the picture, played by Levon Haftvan, struggles to breathe, to move, to see. He shadows and is shadowed by a deaf young man he claims is his son, a boy whose angelic face attracts women, whom he seems to pimp. A woman comes into play, a photographer, whose relationship to the man and boy is ambiguous.

Allegorical, the film sustains a sense of asphyxiation, of struggle manifest in the body. In post-screening remarks, Shirvani declared: “My lungs are heavy.” He cautioned against an authoritative reading of potential symbols in the narrative, indicating that he sought to express a feeling. Shot with a digital single-lens reflex camera, the cinematography embodies the tone of the picture: anxious, agitated, jittery. The work reflects a pervading sense of disquiet in contemporary Iranian society. Shirvani referred to himself as a stranger in his own country. “In my sleep,” he said, “I am freer.” Iran’s film’s, ranging from past glories to modern-day gems.