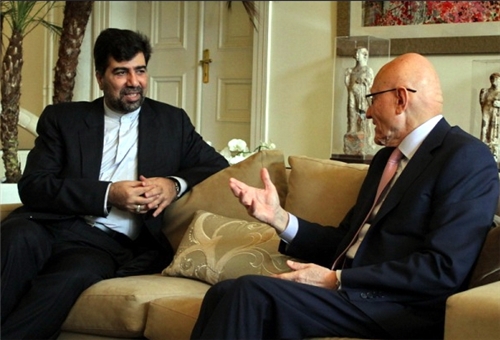 During the meeting in Beirut on Wednesday, Roknabadi and Salam underlined the need for the further expansion of relations between Iran and Lebanon.

During the meeting, the Iranian ambassador pointed to the current status of Tehran-Beirut relations, and said, “The two countries have broadened their relations in different fields despite the efforts by their enemies aimed blocking the mutual cooperation between Iran and Lebanon.”

He also expressed the hope that the future Lebanese government would be successful to serve the national unity and interests of the Lebanese nation.

The Lebanese prime minister, for his part, lauded the friendly relations between Iran and Lebanon, and said, “Iran has always been a generating source of power and prestige for entire regional nations.”