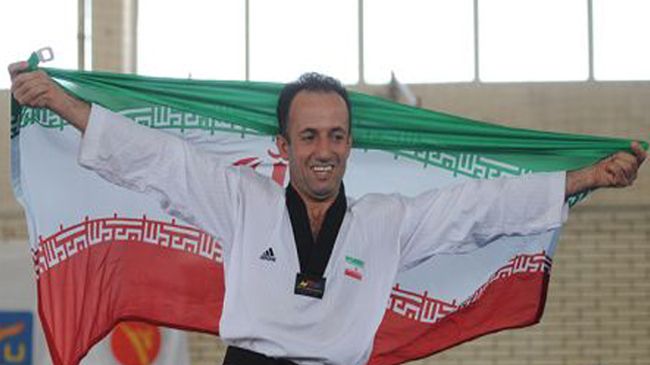 On Wednesday, karate practitioner Seyyed Amir Daniali overcame his Portuguese, Ukrainian and Taiwanese rivals in his march to the final match.

He snatched the gold medal in the men’s kumite minus 75 kilogram after he defeated his Argentine opponent in the National Sports Academy of the Bulgarian capital city of Sofia.

Mohammad Khodayar claimed Iran’s second gold medal on Tuesday after he overwhelmed his Argentine opponent in the men’s kumite minus 67 kilogram.

“It’s my first international experience. I am so happy to win a gold in my debut. I just concentrated on my performance during the competitions and at last claimed the gold,” she said after her final competition.

The 2013 Summer Deaflympics opened in Bulgaria on July 26, and will wrap up on August 4.

The international multi-sport event was first held in Paris in 1924 and now includes almost 5,000 competitors.

A team of 82 Iranian athletes are in action across nine sports. They are competing in athletics, football, judo, karate, swimming, volleyball, Greco-Roman and freestyle wrestling, table tennis and taekwondo.

Iran’s Minister of Youth and Sports Mohammad Abbasi left Tehran on Tuesday to attend the competitions in Sofia.