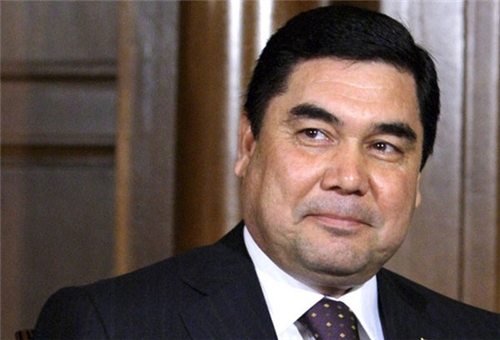 “According to the information I have obtained from Turkmenistan’s Foreign Ministry and also my talks with a number of Turkmen deputy foreign ministers, the Turkmen president will visit Tehran to take part in the Iranian president-elect’s inauguration ceremony,” Iranian Ambassador to Ashgabat Seyed Mohammad Moussa Hashemi Golpayegani told FNA.

“Presidents of Pakistan, Afghanistan, Armenia, Lebanon, Kazakhstan, North Korea, Turkmenistan, Guinea Bissau, Togo and Tajikistan have announced that they will take part in Rouhani’s inauguration ceremony,” He noted that parliament speakers of Russia, Venezuela, Algeria, Azerbaijan and Congo will also participate in the Iranian president-elect’s inauguration ceremony on August 4.

Yasrebi said that prime ministers of Swaziland and Syria as well as Venezuela’s vice-president and Iraq’s acting president will also be present at Rouhani’s swearing-in ceremony.

Yasrebi said that the final list of the guests of the inauguration ceremony will be ready on Thursday.

Rouhani’s swearing-in ceremony is scheduled to be held on August 4, one day after his endorsement by Supreme Leader of the Islamic Revolution Ayatollah Seyed Ali Khamenei.

“All the heads and high-ranking officials of the world states have been invited to the swearing-in ceremony of the Iranian president-elect,” Araqchi said.

He further added that invitation letters have first been sent to the regional countries, as relations with the neighboring and regional nations stand atop the list of Iran’s foreign policy priorities.

Rouhani emerged victorious in Iran’s June 14 presidential election, which was marked by a high voter turnout. He won 50.7 percent of the votes.