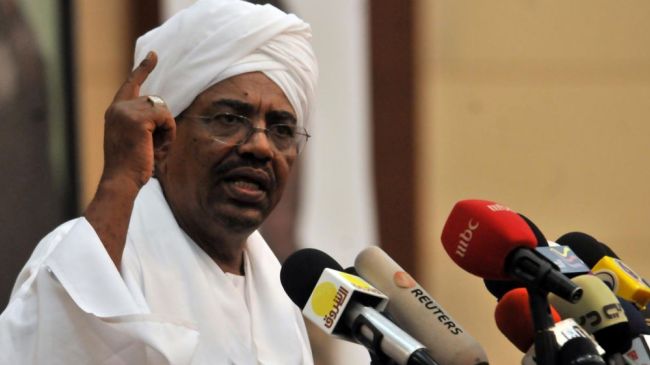 Sudanese President Omar Hassan Ahmad al-Bashir is due to visit Iran to take part in the upcoming inauguration ceremony of Hassan Rohani as Iran’s new president.

Bashir will travel to Tehran to participate in the ceremony scheduled for August 4, one day after Rohani’s endorsement ceremony by Leader of the Islamic Revolution Ayatollah Seyyed Ali Khamenei.

The Sudanese president plans to meet a number of senior Iranian officials during his stay in Tehran, and will discuss bilateral ties as well as regional and international developments with them.

In another development, Chinese Minister of Culture Cai Wu will also attend Rohani’s inauguration ceremony as a special guest.

He added that the presidents of Pakistan, Afghanistan, Armenia, Lebanon, Kazakhstan, Turkmenistan, Guinea-Bissau, Togo, and Tajikistan as well as three prime ministers, including the prime ministers of Syria and Swaziland, would take part in the event.

Yasrebi stated that the parliament speakers of Russia, Algeria, Azerbaijan, Oman, and the Congo would be also present at the ceremony.