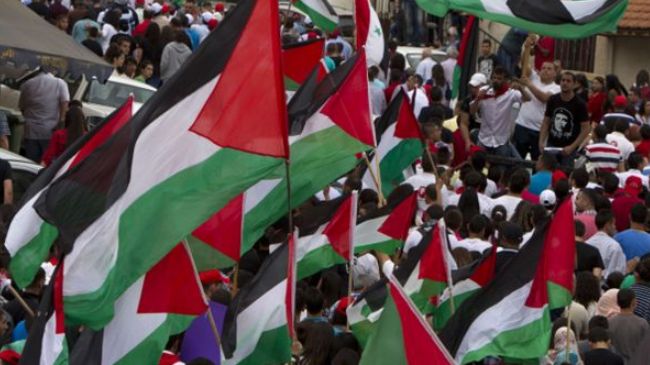 Quds Day to be observed in 80 countries, over 770 Iranian cities: Iran official

Head of Iran’s Quds and Intifada Committee says the International Quds Day demonstrations will be held in 80 countries and over 770 Iranian cities.

Ramezan Sharif said on Wednesday that Iranians along with other nations will take to the streets on Quds Day to voice their support for Palestinian resistance movements.

“Today, we see that most countries and nations of the world have reached a united … approach on the issue of Palestine and condemn the crimes of the Zionist regime [of Israel] despite the West’s massive propaganda current,” Sharif added.

In August 1979, the late founder of the Islamic Republic Grand Ayatollah Ruhollah Khomeini declared the last Friday of the Muslim holy month of Ramadan as Quds Day, calling on Muslims to mark the annual occasion by holding street rallies.

Millions of people around the world take to the streets on this day in a show of support for the people of Palestine, and to call for an end to Israeli occupation of Palestinian lands.

Sharif also condemned the resumption of US-sponsored talks between the Israeli regime and a Palestinian group, saying that the negotiations are merely aimed at ensuring the Tel Aviv regime’s safety.

The head of Iran’s Quds and Intifada Committee described resistance as the only way to fight the Zionist regime of Israel.

On July 29, representatives of the Palestinian Authority and the Israeli regime started two days of US-brokered talks in Washington over the future of Israeli settlements in the occupied West Bank, the status of al-Quds (Jerusalem), and the fate of Palestinian refugees.

Most Palestinian factions have condemned the decision by acting Palestinian Authority Chief Mahmoud Abbas to restart talks with the Israeli regime.