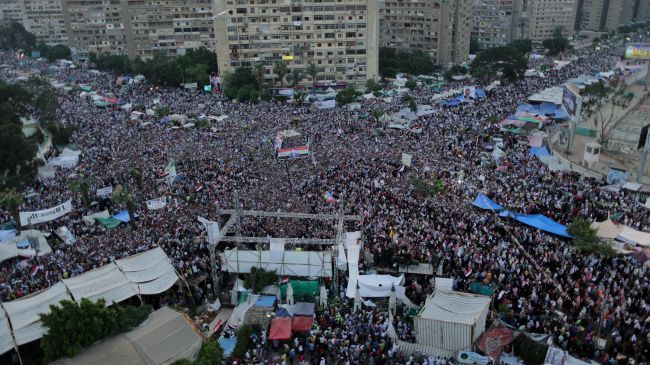 An Iranian lawmaker has warned against the arrest of political figures in Egypt and the use of a threatening language by the army, saying that such moves only fuel the crisis in the North African country.

The apprehension of political figures only serves to stoke the unrest in Egypt, Mohammad Reza Mohseni Sani said on Wednesday.

“The [right] way to restore peace to Egypt … is not through the use of a threatening language; and the country’s army should prepare the ground for national reconciliation talks through consultations with all political groups and parties in the country as soon as possible,” the Iranian lawmaker added.

Peace and stability cannot be restored to Egypt by declaring a state of emergency, he added.

Egypt has been the scene of rival rallies, often resulting in deadly clashes, since July 3, when the country’s army ousted President Mohamed Morsi in what has been described by the supporters of Morsi as “a military coup.” The military also installed Chief Justice of Egypt’s Supreme Constitutional Court Adli Mansour as the country’s interim president on July 4.

On July 24, Egypt’s public prosecutor ordered the arrest of Muslim Brotherhood leader Mohamed Badie and eight other senior members of the movement for a probe over accusations of inciting violence

Earlier in July, the public prosecutor office ordered the arrest of seven other Muslim Brotherhood leaders on similar charges.