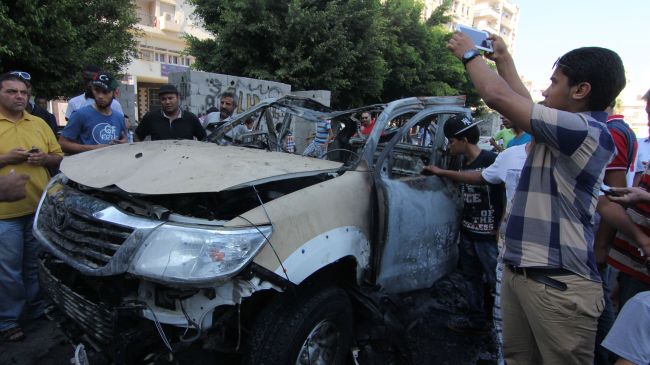 At least two people have been killed and four others injured in clashes between Libyan military and an armed group in the northern city of Sirte.

The clashes erupted on Monday in the coastal city, the official LANA news agency reported.

Earlier on Monday, a Libyan army official was injured in a car bomb blast in the restive eastern city.

According to a statement released by security spokesman Mohamed Hijazi, “The explosion was caused by a device attached to the car…It was an attempted assassination.”

The statement did not reveal the identity of the army official, but said he was a colonel in the Libyan navy.

The attacks came a day after more than 1,100 inmates fled during a riot in Kuifiya prison on the outskirts of Benghazi.

Officials said the jail compound was attacked from outside while there was a riot inside after which some inmates set fire to their cloths and bed sheets.

Head of security in Benghazi, Mohammed Sharif, said some inmates had turned themselves in and others had been recaptured after the jail break.

“The prison is back in operation as of this morning. Seventy prisoners were brought in initially. Another 30 were caught in the town of al-Marj and seven in Ajdabiyah. They will be brought back to Kuafiya,” he said, referring to towns in eastern Libya.

In February 2011, Libyans rose up against Gaddafi’s four-decade rule and deposed him in August 2011. He was slain in his hometown of Sirte on October 20 of the same year.