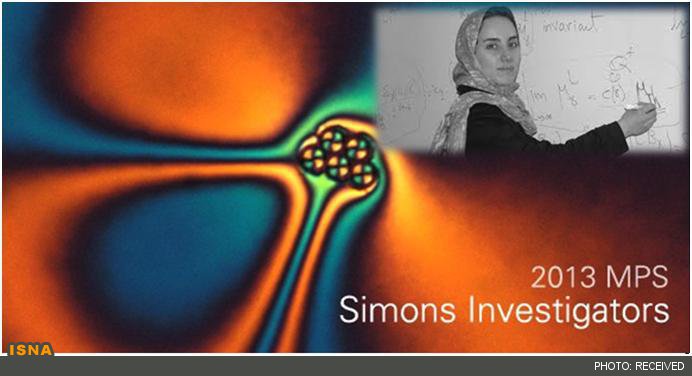 Mirzakhani, an Iranian professor at Stanford University, who is also a theoretical physicist and computer sciences researcher has won the award.

Simons Investigator was established in 1994 by James and Marlin Simons with the aim of supporting scientific projects.

The prize seeks advancing research and studies in mathematics and fundamental sciences. It is also granted to a number of mathematicians, physicists and computer researchers who managed to gain remarkable achievements over recent years.

The prize includes $100,000 cash for five years. The Iranian researcher has worked on Teichmüller theory and dynamics of flow geometry on module space of Riemann surfaces.