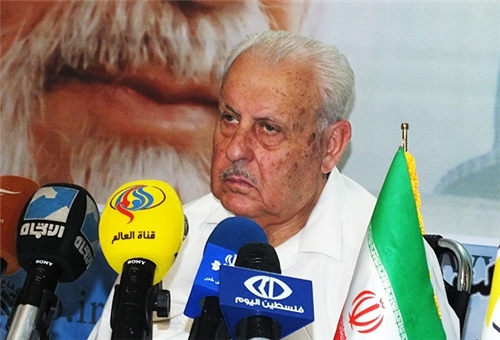 Envoy: Freedom of Palestine responsibility of all freedom-seekers

TEHRAN (FNA)- Palestinian Ambassador to Tehran Salah al-Zawawi described the Palestinian issue as the most important problem of the Muslim world, and said freedom of the Palestinian territories occupied by the Zionist regime is the responsibility of all freedom-seekers.

“The freedom of Palestine is the responsibility of all the world freedom-seekers,” Zawawi said, addressing an international conference dubbed ‘Palestine; Pivot of Muslim World Unity’ in Tehran on Monday.

He warned about Israel and the western countries’ plots to create division and war among the Muslim states to make them forget the Palestinian issue, and said, “Palestine will be freed one day since Palestinian fighters have fought in the past and will continue fighting in future too.”

In relevant remarks in 2012, a senior Iranian official said that freedom of the Holy Quds and the Palestinian territories is the main cause and demand of the Muslim nations, stressing that resistance is the only way to end Israeli occupation of the Palestinian lands.

In a message, Head of Iran’s Civil Defense Organization Gholam Reza Jalali pointed to popular uprisings in Islamic states, and stated, “Today, freedom of the holy Quds has become a cause for Muslims and a motto in their uprisings.”