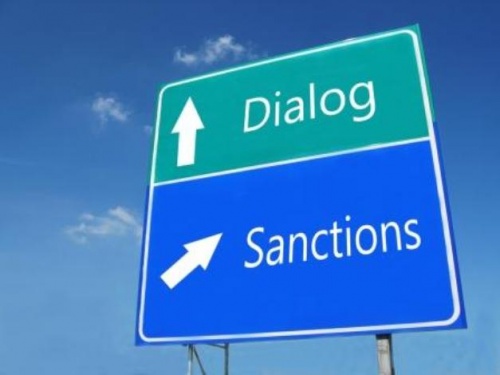 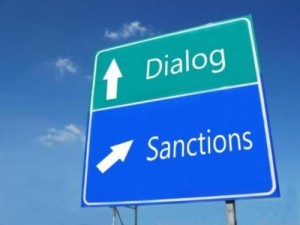 Hassan Rohani will take office next week as president of Iran. Many assert that the international sanctions regime has so damaged the Iranian economy that, rather than captain a sinking ship, Rohani will change Iran’s course. Not so fast.

There is no doubt sanctions have altered the modus operandi of finance and commerce in Iran. The most obvious impact has been on the rial, which has lost more than half of its value against the dollar since July 2010. This has brought about severe inflation, which, by our estimate, briefly reached hyperinflation levels of 62.8 per cent per month in October 2012. Although the authorities report a current annual inflation rate of only 35.9 per cent, official Iranian statistics should be taken with a pinch of salt. We estimate the current annual inflation rate to be 68.3 per cent, based on calculations using changes in the black-market dollar exchange rate.

Even though Iran’s economy is contracting and under enormous pressure because of sanctions, it is much more elastic than most people surmise. Tehran holds enough foreign reserves to cover its imports for 10 months — one of the healthiest import cover levels of any emerging economy. The fiscal deficit is relatively small and public debt is less than 10 per cent of gross domestic product.

But perhaps the most compelling aspect of the Iran sanctions story is the fact that, despite sanctions on foreign trade, the external current account is still in significant surplus.

The inconvenient truth about economic sanctions is that they do not shut down global trade with the target nation. Although Iran’s oil exports have dropped steeply since the most recent round of sanctions took effect, this has been partially offset by a 20 per cent increase in non-oil exports, such as cement, iron ore, petrochemicals, pistachios and Persian rugs.

Indeed, other countries have filled the void left by western sanctions, particularly China, India, Malaysia and South Korea. In addition, Russia, Turkey, Iraq and the United Arab Emirates have helped facilitate this economic Achilles heel of the sanctions regime.

Iran’s economy can only be dealt a death blow through direct action in the oil markets. The regime has been kept afloat by oil revenues for years. At current production levels, Tehran’s fiscal accounts would balance at a Brent crude oil price of about $145 per barrel. With Brent prices currently hovering around $105 per barrel, the Islamic republic needs to incur only a modest fiscal deficit to keep the government (and its nuclear programme) running.

But what would happen if the price were to drop to, say, $80 per barrel or below? For starters, the fiscal deficit would go from modest to massive and the external current account balance would shift to a significant deficit. This, combined with increased capital flight, would result in a substantial fall in official reserves, a further depreciation of the rial and a renewed inflation surge. Accordingly, it would quickly become hard to keep the economy and government afloat.

This might seem like a far-fetched doomsday scenario but it would be technically fairly easy for Iran’s international rivals to pull off. The US Strategic Petroleum Reserve has a drawdown capacity of more than 4m barrels a day, for up to 90 days. Saudi Arabia, no friend of Tehran, has an excess daily production capacity of 2.5m b/d, close to Iran’s average daily output of 2.7m b/d. Just imagine if the US and Saudi Arabia flooded the oil markets. The resulting price shock would certainly test the economic limits of the Iranian regime.

But it would also carry costs. For example, every member of the Opec cartel that was not on board would surely be up in arms over such an upheaval in the oil markets, as would the fledgling US shale oil industry. Indeed, it is likely that the costs of increased economic warfare would far outweigh any potential strategic benefits.

While the punishment delivered by sanctions has been severe, it has failed to cripple Iran’s elastic economy. It seems that the interests of all concerned are converging on the only viable option left: a diplomatic solution.